Sericulture has been practiced as a cottage industry in Pakistan since its inception in 1947. Punjab was the first province to start sericulture immediately after partition followed by Azad Kashmir in 1951; NWFP in 1952; Baluchistan in 1959 and Sindh in 1976. However the industry could not progressed well due to lack of training and research facilities in the country. The silkworm rearers used old traditional and crude methods for cocoon production, mostly in Punjab around the irrigated plantations, by obtaining leaves from the local full height mulberry trees grown for timber production.
Establishment of research and training unit was imperative to create research and training facilities for the development of Sericulture. Hence a sericulture unit was established at PFI, Peshawar in 1984 under a development project funded by FAO/UNDP with the objectives to conduct research studies in sericulture and moriculture and train people at various professional levels to promote sericulture industry in the country. Korean and Chinese experts provided technical know-how in silkworm rearing and silk seed technology.

A mulberry nursery, both in tubes and beds was raised at Pakistan Forest Institute, Peshawar. Six mulberry varieties including exotic sources, two each from Japan and Korea, and one each from China and Pakistan were planted. A total of 4,200 saplings were prepared. Besides, a mulberry gene bank/research garden was established at PFI Field Station. More than 64% plantation survival was achieved in autumn plantation after first over wintering. 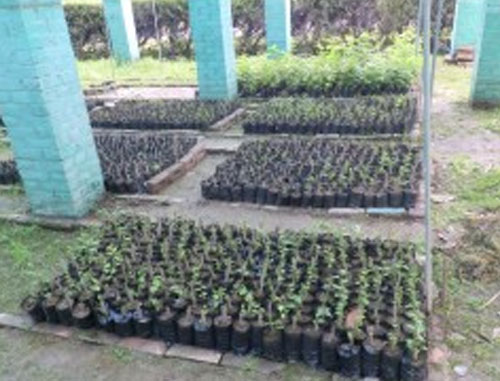 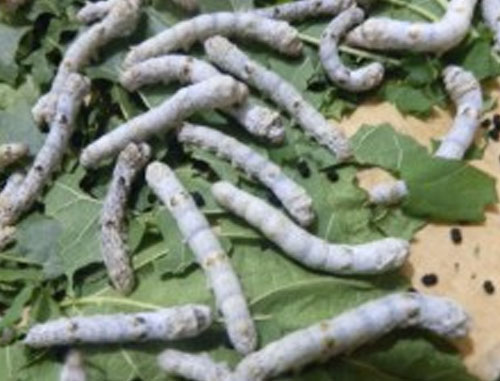 Overall results showed that growth performance of silkworm strains was superior during SSRS 2014 compared to ASRS 2013. Fecundity and larval body weight was improved by 2.9% and 10.0% in hybrids. In addition to the highest egg hatchability of 97.4% of 205PO*J101, seven hybrids gave egg hatchability >95% during SSRS 2014. First time larval body weight of 6.06 g and cocoon weight of 3.1 g was obtained in C102 and 206PO*J101, respectively. Overall, hybrid cocoon shell weight and shell-cocoon ratio increased by 4.6% and 3.8%, respectively. The hybrid cocoon dimensions were improved by 2.1% in length and 2.7% in width.

A survey was conducted using structured questionnaire at Changa Manga, Kasur to assess community perception about role of Sericulture in livelihood enhancement of rural communities. Overwhelming majority of respondents agreed that Sericulture was profitable cottage industry (98.1% positive response) which could enhance livelihood of rural communities (100% positive response). Occurrence of silkworm diseases was highlighted as a problem of paramount importance which was ruining Sericulture in the area. Introduction of productive and disease resistant silkworm strains could promote this industry.